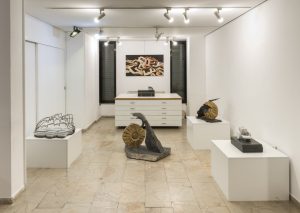 The veteran sculptor Avi Sperber presents a new series of work on the theme of the “Golem” under the title “ALEF” at the Efrat Gallery in Tel-Aviv. The series was started following a trip to Prague and an exhibition in the Vernon Gallery in the city, and ﬁnished on his return to Israel. Avi is nourished from the rich world of literature, poetry, exhibitions and meetings.
From these encounters he draws visual images that take shape in his studio in Ein Carmel.
The connection between the different ﬁelds is known as ‘synesthesia’ and it constitutes the ﬁrst trigger in revealing the visual images. Avi creates while working the stone and not necessarily by outline. Avi Sperber divides his time between work as an engineer and his art and produces an abundant amount of work built around a central theme. Avi’s work has been exhibited in solo and group exhibitions in Israel and abroad and his outdoor sculptures are positioned in several sites in Israel. He started using stone as his work material by process of elimination and has stayed loyal to it. Avi conducts an exciting conversation with the stone, producing sculptures that are coherent and rich in sources and ideas.
He prefers working with hard stones that require strength and effort and succeeds in reaching, according to his choice, interesting internal layers
on the one hand, and at times a level of processing that leaves a layer the width of several millimeters, allowing the light to be reﬂected through it. The light and the eye that is able to see it are one of the important elements in Avi’s work.
Avi’s sculptures are minimalistic with encounters between smooth and rough areas. There is an emphasis on the symbolism that is reﬂected in the description of an element or a certain color. Sometimes there is a combination of additional materials.
The subjects of his work are proof of his love of nature, Israel, people, the mystery of life and creation, culture and heritage.
He describes in different ways the many realizations and revelations that are transmitted from the Godly energy to mankind and are revealed in our world through ﬂora, the cycle of nature (which is also found in ancient art), transformations and the power of letters. In the exhibition he exhibits letters, encounters and characters such as. Samson, Delilah and Cain (the mark on his forehead saved him from death), an encounter between ‘Tycho Brahe’ and the ‘Maharal’, the ark of the covenant, alchemy, the golden calf and more.
Avi illustrates abstract themes and reveals principles of continuity, renewal, encounters, strength, metamorphosis, power and more.
Dr. Dalia Hakker-Orion – Curator 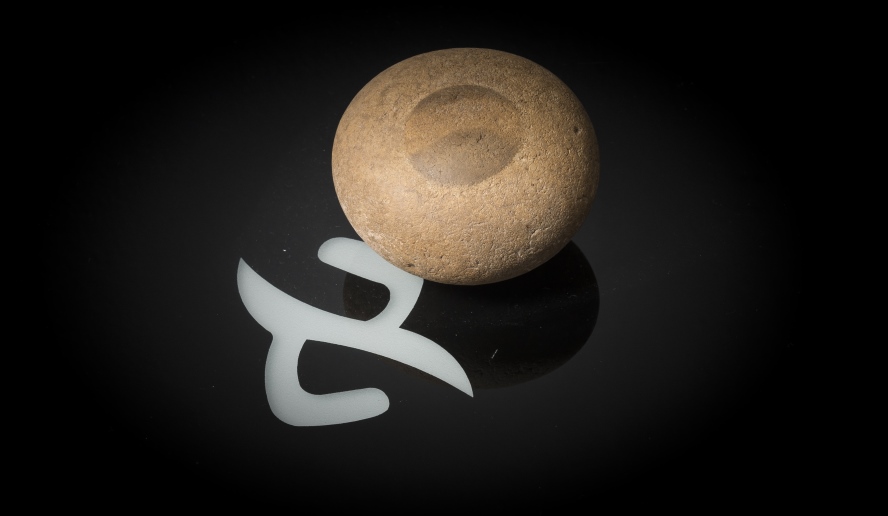 THE GOLEM – BETWEEN HEAVEN AND EARTH Avi Sperber 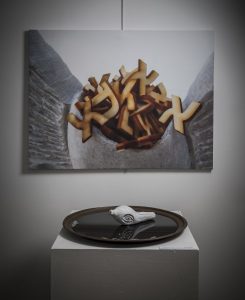